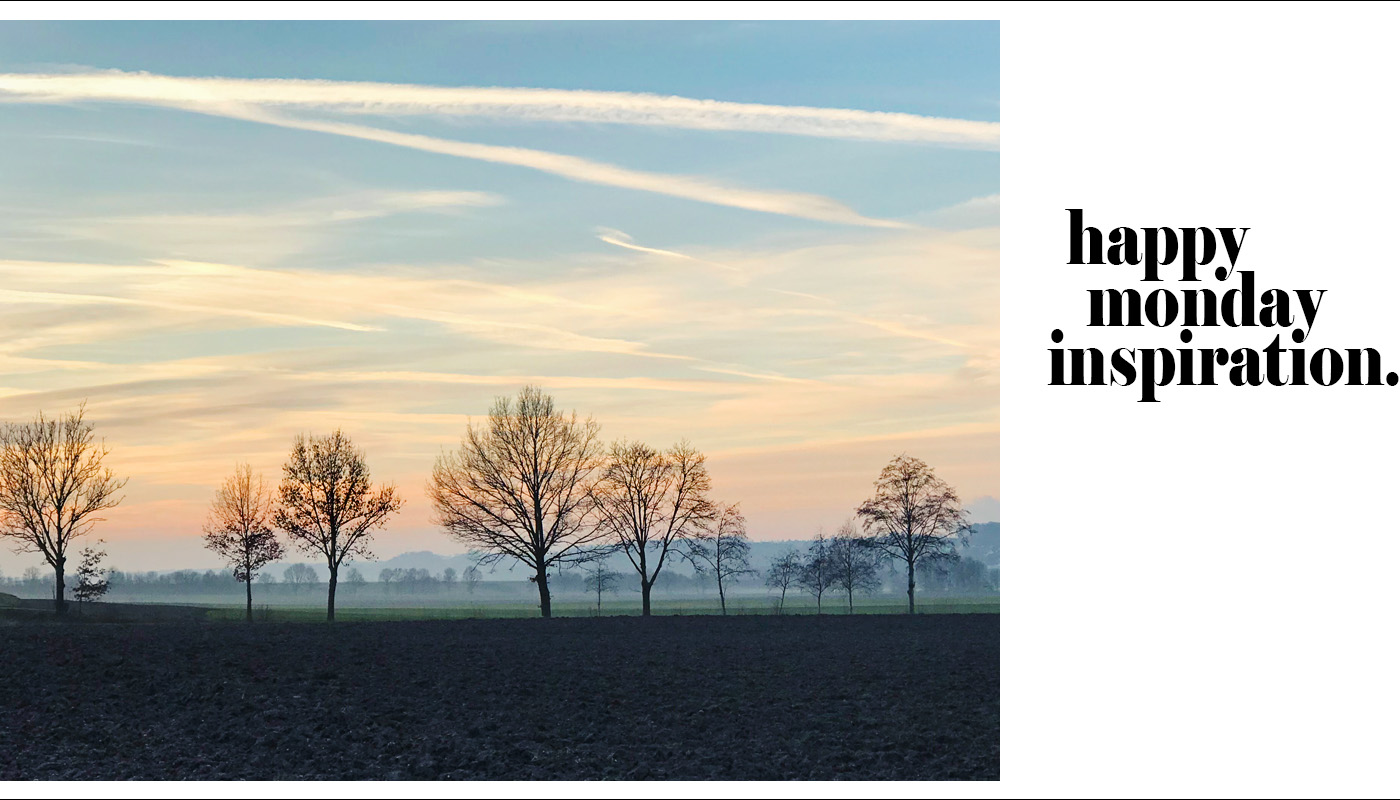 January can be a tough month to get through. The festive days are over, the days are still short, dark, rainy and cold, and we all long for warmer temperatures and more sunshine. Somehow I started to seeing the good in this season, and to like this month and its natural quieting. People are still on the slow lane and I have the impression that we all still seek stillness and simplicity.

Here’s some HAPPY MONDAY food for thought from one of my favorite inspirational people: Prince Ea who encourages us to use our technology a bit more mindfully.

Did you know the average person spends 4 years of his life looking down at his cell phone? Kind of ironic, ain’t it?

How these touchscreens can make us lose touch.

But it’s no wonder in a world filled with iMacs, iPads and iPhones.
So many “i”’s, so many selfies, not enough “us”‘s and “we”’s.

See, technology has made us more selfish and separate than ever. Cause while it claims to connect us, connection has gotten no better.

And let me must express first, Mr. Zuckerberg, not to be rude but you should re-classify Facebook to what it is: An anti-social network.

Cause while we may have big friends lists, so many of us are friendless and all alone.

Cause friendships are more broken than the screens on our phones.

We sit at home on our computers measuring self-worth by numbers of followers and likes,
ignoring those who actually love us.

Am I bugging? You tell me, cause I asked a friend the other day, “Let’s meet up face to face.”
And said, “Alright. What time you wanna Skype?” I responded with omg, srs, and then a bunch of smh’s.

And realized what about me? Do I not have the patience to have conversation without abbreviation?
This is the generation of media over stimulation. Chats have been reduced to snaps. The news is 140 characters. Videos are 6 seconds at high speed. And you wonder why ADD is on the rise faster than 4G LTE.

But, get a load of this, studies show that the attention span of the average adult today
is one second lower than that of a gold fish.

So, if you’re one of the few people or aquatic animals that have yet to click off or close this video, congratulations! Let me finish by saying you do have a choice, yes!
But this one, my friends, we cannot Auto-Correct – we must do it ourselves.
Take control or be controlled, make a decision.

And If I wanna post an old photo, who says I have to wait until Thursday?
I’m so tired of performing in the pageantry of vanity and conforming to this accepted form of digital insanity.

Call me crazy … but, I imagine a world where we smile when we have low batteries, cause that will mean we’ll be one bar closer – to humanity.